Our July 2016 meeting was hosted by Reed Smith. 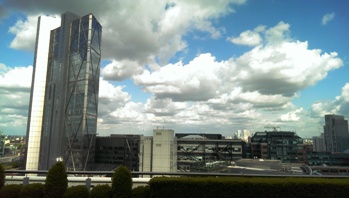 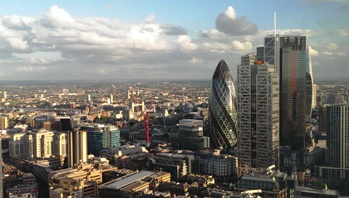 Crowdfunding - the client's view:
What Chapel Down PLC learnt from being the first company to list via a crowdfunded share issue.

After a very successful career in the brewing industry, including leading the team that created the famous Boddingtons advertising campaign and the draughtflow widget, Frazer has grown Chapel Down Wines from small beginnings when he joined in 2001 into the leading supplier of English wines. They have won many awards including an extraordinary three Gold Medals (of 229 awarded in the World) at the Decanter World Wine Awards 2013.
Frazer has become one of the driving forces that has raised the profile of English wine so that demand now vastly exceeds supply (a complete reversal of fortune). He has made the largest English wine company profitable, developed a well-respected and valuable premium brand and has successfully secured five rounds of external funding and floated on ISDX Stock market. In Sept 2014 he raised a further £3.9m in the World's biggest equity crowd funding - in a World record time - and a first for a listed company. With an additional 1,600 investors, he now has over 2,500 "pilgrims" who can rant about the virtues of English wine at dinner parties whilst enjoying shareholder discounts!
He has launched a beer using winemaking techniques - Curious Brew, which promptly won a Gold Medal at the International Brewing Awards and Trophy for Best lager beer under 5% abv in 2012. It's also successfully crowd funded over £1.5m. Chapel Down is - officially - one of Britain's "CoolBrands" and is available in 8 countries. It was also served at the Royal Wedding.

Richard Bowles - Bridgestrike Did you know that on average 6 Network Rail bridge are hit by lorries every day. Bridgestrike have designed a new innovative product: B.A.S., Bridge Avoidance System, and this provides an early audible warning to drivers of high sided vehicles of potential bridge strikes. While it is a legal requirement that high commercial vehicles have the vehicle height displayed in the cab, it is evident from the number of strikes, drivers are not always aware of their vehicle's height. There is also 1 fatality on average in every 100 bridge strikes; normally an innocent third party. These bridge strikes of course create major disruption to national rail & road travel. Currently vehicles are fitted with a manual Height Identifier which has to be manually changed to the correct height of the vehicle. It also requires the driver to make a series of complicated mathematical calculations; it obviously doesn't work very well!
This new B.A.S will be able to communicate with satellite positioning systems and therefore activating the unit to notify the driver of an approaching low bridge. B.A.S has been designed using the team's 20+ years' transportation and engineering experience. Over the past 3 years we have carried out extensive research of: potential markets, the problem and its statistics and have been perfecting the B.A.S. design.

Damon Hart-Davis & Mark Hill
OpenTRV OpenTRV makes smart thermostatic radiator valves (TRVs) for homes. The valves are cost effective, fit and forget replacements for existing TRVs and can save up to 50% on energy costs.
Our smart TRV adjusts the temperature in each room according to the room's usage patterns. It works by detecting if a room is in use: it senses when a room is unoccupied, predicts for how long a room will remain unoccupied and lowers the temperature in that room for the period, bringing the temperature back up to normal at the correct moment. There is no need to programme complicated heating schedules to make savings, as the energy saving is automatic. Pricing is comparable to existing mechanical TRVs and the payback period for an OpenTRV device is just one winter.
Damon and Mark have 35 years experience of City IT systems between them, several previous startups and the modest goal of reducing the entire UK's carbon emissions by 10%. OpenTRV is currently undergoing trials in social housing in London, and is planning a product crowdfunding campaign for later in 2016.

Marcus Vaigncourt-Strallen - whym.global Be Prepared for the Unexpected with a Live Interpreter. Imagine your worst travel nightmare.now imagine you can't speak the local language. What do you do? Emphasise your words? Shout? Use Google Translate? Sure, you can try Google Translate to help you out of every conceivable language problem when you are abroad.
Or you could use whym! With whym, you're still in a stressful situation, but at least you understand what's happening. Eg "Disaster struck our family holiday. My critically ill toddler was rushed to hospital. I knew the situation was bad, but I was completely in the dark. I scream that I can't speak Spanish! What's wrong? What's happening to him?"
whym is an innovative live translation app for travellers on Android and iOS. Our app enables anyone to access a professional interpreter at the tap of their smartphone. Simple, our friendly interpreters deliver accuracy when it really matters, whether that's an emergency situation or an important business meeting.