Taylor Wessing is a leading International law firm with a single-minded approach: to help its clients succeed by thinking innovatively about their business issues.
Taylor Wessing numbers around 900 lawyers working across 22 offices in Europe, the Middle East and Asia, offering an integrated service across the full range of practice areas, with core strengths in corporate, finance, real estate, IP and private wealth. The firm also has particular expertise in advising clients in North America, Brazil and India. 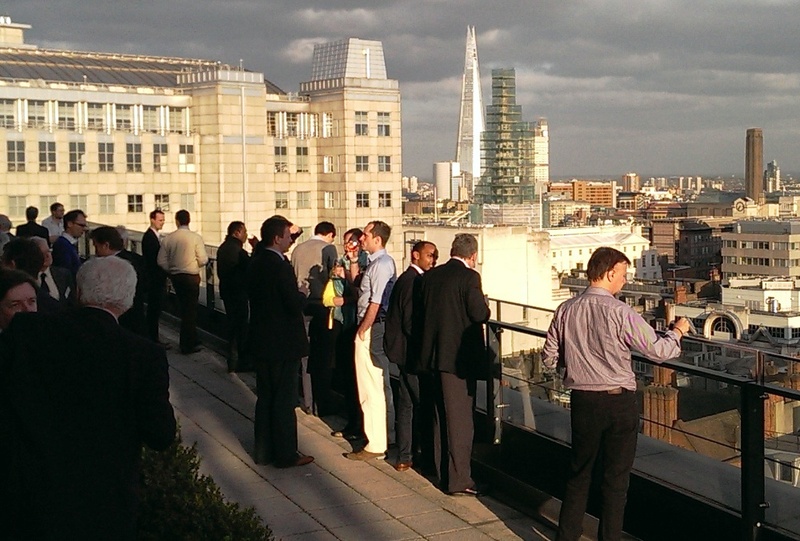 Drinks on the terrace
Guest Speaker
Simon Walker - Taylor WessingSimon updated us on their developments of Free to Access investment agreements for early stage businesses and their developing engagement with early stage tech companies.

Michael Harrison - ScriptiMichael was one of the founders of 3Cs and presented at our first formal meeting in March 2003.

Rob Millar - SedaORob presented at our meeting in May 2003 and went on to obtain 120K in funding as a result of support from the 3Cs.

Kenneth Campbell - Big Green BookKenneth presented at our meeting in December 2003 and an update at our July 2005 meeting and will be updating on their significant progress since.

Mark Hardwick - YmogenMark first presented to us at our May 2004 meeting, provided an update in April 2005 and returned in January 2007 with a comprehensive update on how 3Cs had helped the success of Ymogen over the previous 3 years and how he progressed in raising finance and the lessons learned.

Barnaby Wynter - 241UK LimitedBarnaby presented 241UK to us in September 2005, and Boss Gloss in November 2008.
Barnaby has also been a guest speaker on a few occasions.

James Barnham - Nova-FloJames presented Nova-Flo to us in June 2006 at a meeting hosted by London South Bank University where he was completing his final year in Industrial Design.
He subsequently appeared on Dragons Den and came back in September 2006 to recount his experiences in front of the Dragons and why he walked away from their offers of £150,000 investment and the very significant positive impact this decision had on the business.

Chris Parr - The Living Bolshoi ExhibitionChris is one of the founders of 3Cs and presented to us at our July 2006 meeting.
Chris has helped us host a number of meetings and whilst he was a partner at Collyer Bristow they hosted our July 2007 meeting where Chris presented on a number of legal issues that face entrepreneurs.
Chris will also relate his experiences on why funders run away from projects.

Charlie Lass - ViapostCharlie first presented Viapost at our November 2007 meeting, and returned with an update in March 2009. After successfully exiting he returned in January 2011 and presented ControlPoint. This exit was followed by his new venture: The Open Energy Market in November 2012. He is one of our most consistent serial entrepreneurs.

Bradford Backus - Audio3 LtdBradford first presented to us at our July 2008 meeting and updated us in June 09 and will bring us up to date.

Barry Shaverin - SpareKeys.comBarry first presented to us in April 2006 but returned in September 2009 to give us a comprehensive update recounting how his business pitch at that first meeting provided the connections, commitment and capital to build the Company.
Barry will also update us on his experiences with The Goldman Sachs 10,000 Small Businesses programme that he found out about at a 3Cs meeting.

Graham Kennedy - AlexoriaGraham presented to us at our September 2010 meeting at the British Library and will update us on the progress of his attempts to get the Government to increase its spend with SMEs. He will also provide some insights into how the 3Cs has helped him to achieve his ambitious goal.

Rupert Honywood - Personal Development BureauRupert presented to us at our July 2011 meeting and will update us on the impact of the 3Cs and developments to date including raising finance through crowd funding for his Personal Development and Training Business which is made up of 330 Specialists, which helps those individuals or organisations going through Transition.

Chris Coghlan - Grow MovementChris presented to us at our January 2012 meeting and will bring us up to date with the significant developments and achievements of this charity.

Chester Mojay-Sinclare - Charity CheckoutChester presented to us at our March 2012 meeting and will bring us up to date including raising 150k, partly through the London Angel Club, run by Colin Spiller. 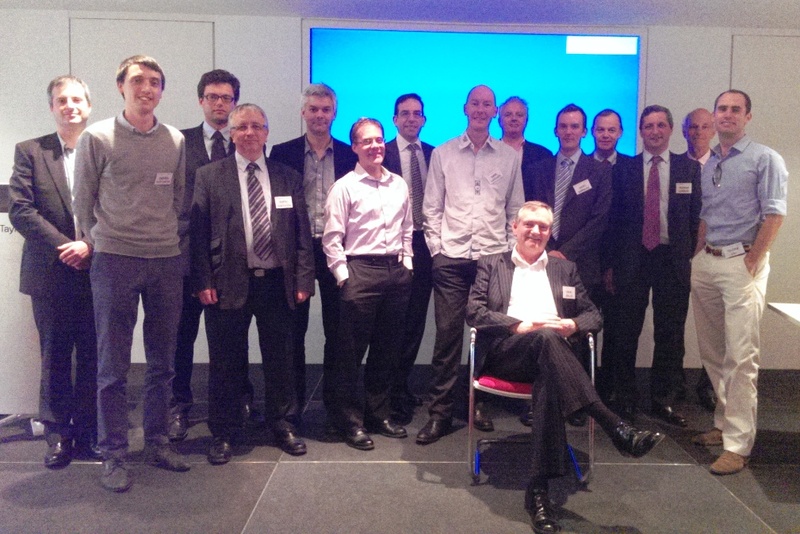 All the presenters from the meeting